I know I fell off the face of my blog about six months ago.  After 5+ years of weekly posts I needed a break and decided to take the summer off and then when the fall arrived I still wasn’t ready to get back into the swing of things.

With some thoughtful consideration of what I was willing to do, I decided to start a new blog for the new year.  Back in 2008 I made a new year’s resolution to try and take at least one picture per day for the entire year.  It’s harder than you think.  I managed to take pictures for about 300 days that year.  I posted them in an online photo album and shared with friends and family.

I’ve decided to resurrect the challenge in 2015 but post the pictures to a new blog I’ve started.  I hope you’ll take time to stop over and check it out.  I’m not sure if I’ll add any more posts to this blog, but once in a while I might have something I want to share with you.

You win some, you lose some.  For me the wrong choices were the Betamax machine and HD disc drive for the Xbox.  In both cases, the technology was trumped by a competing (in my mind inferior) format.  But

that’s the nature of evolving applications.

No one wants to make the wrong decision but sometimes it happens, so I thought this NY Times article written by Farhad Manjoo was interesting and helpful. How to Survive the Next Wave of Technology Extinction offers some practical advice for staying on the right track.

What obsolete technology did you invest in?  Do you agree with Manjoo’s advice?

I love these annual reports by WordPress, where they let you know how you’re doing with your blogging. For instance, I had about 15,000 views of my blog last year.  If you’re interested in seeing more stats, check it out: Money for Stuff Annual Report for 2013.

I’m going to do what a lot of people do at this time of year: take a break.    Thanks for reading my posts.

I will be back in the new year with new posts.  Have a safe and happy holiday.

Last week’s post was my 250th!  And it’s been about a year since I celebrated my 200th post. Time has flown since I wrote my first post back in May of 2009.  I wasn’t sure if anyone would read it.  My initial goal was to post weekly and I have managed to keep to that frequency, for the most part. 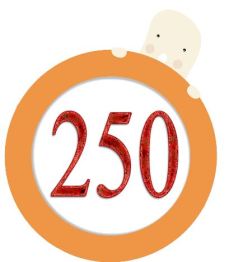 The original goal of my blogging was to share my knowledge about selling and swapping to allow people to maximize the amount of money they earned for items they were getting rid of.  Over time my blog has evolved, covering other topics such as cheap local entertainment, commentary on national companies I’ve been impacted by (Netflix, Penneys, Blockbuster, Microsoft), causes I believe in (volunteering, donating blood) and personal experiences I think others can benefit from.

I average about 1300 hits a month, with more than 80,000 total.  The numbers tell me I can’t be doing something too wrong.  Hopefully you’ve enjoyed going along for the ride and will continue to travel with me. Thanks for all your comments and support.

When my husband and I were growing up,  we both excelled in school because we took pride in our grades.  Our teenagers on the other hand, don’t seem to get as much enjoyment out of something as simple as getting an A in Math.  We are still working to find the magical motivating factor which will make them try just a bit harder to move from a B (and sometimes C) to an A.

The other thing that baffles us is that we’ve had to twist our son Westin’s arm to get his driver’s permit.  The only reason we pushed him to get his permit at age 17 was so we could go to Canada for a family get together.  He’ll be commuting to college this fall and will need to have his license. We wanted to be sure he had some winter driving time while we were still able to monitor his skills. My husband keeps envisioning himself driving Westin to Brockport every day because he doesn’t seem very motivated to actually get his license. My husband and I both had our license by the time we were 16.

My son isn’t the only one who doesn’t see the need for a license.  Many of his friends who are seniors don’t have them either.  I guess kids these days can get together virtually so there’s no real need to see each other in person.  My niece Amanda, who’s also a senior, also seems put off by the whole driving thing.

Westin also doesn’t seem to be motivated by money.  If I offer to pay him some money to do some extra chores around the house he always declines.  He spends almost all his money on CDs and concert tickets so he has to stretch his allowance and gift money to be able to afford them. He knows that he’ll be required to get a job this summer to help fund his expenses while he’s going to college so I guess he’s enjoying his free time while he can.

Until recently he didn’t even show interest in getting a cell phone. He got one for Christmas but it won’t get opened until he really needs it.  The cellphone will give all of us piece of mind when he finally does get his license.

I realize kids are a product of both their environment and heredity, but I think my son is missing a motivation gene, so we’re doing what we can to encourage him to take some initiative with his life.

After almost 3 1/2 years of blogging, this marks my 200th post.  I can’t believe I’ve been going this long and I’m very excited about reaching this major milestone.  I wouldn’t have made it this far without my readers.

According to the stats that WordPress provides, my blog has had 66,347 views.  In the last six months alone, people from 113 different countries have landed at my site.  March 15, 2010 was my busiest day with 270 page views.

The most popular topics I’ve written about have been Netflix’s controversial business decisions, tips for selling on Half.com and Amazon, and free (and cheap) entertainment in western NY.

I enjoy receiving comments from readers and especially love it when I run into people and they let me know they read my blog.  My goal is to provide useful information and help people get more value out of life. I’m hoping the numbers prove I’ve been successful. Here’s to the next 200.